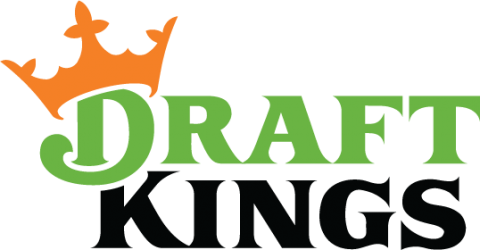 Tuesday features a nine-game main NHL slate starting at 7:00 p.m. ET on DraftKings. In this article, you will find DFS advice for DraftKings lineups.

The Stars come in having won two of their last three games and played an elite Hurricanes team close in their last two games—ultimately splitting the two-game series with them. As a team, they rank 10th in xGF% (expected goal rate) and are still firmly in the playoff race, just five points behind the very flawed Nashville Predators. Chicago has lost four of their last five games and ranks just 29th in xGF%. Dallas feels like they should perhaps be even bigger favorites here over the Blackhawks, who are experiencing some regression at the worst possible time.

PIT/NYR is one of only two games on the schedule with a 6.0 O/U on DraftKings Sportsbook (the rest are at 5.5). With the Rangers sitting as small favorites, New York’s top-6 forwards should be firmly on our radar here for DFS purposes. Mika Zibanejad is now averaging 20.5 DKFP per night over his last 10 games and has overcome a slow start to become an elite target again every time he takes the ice. His resurgence has also helped elevate Pavel Buchnevich, who is averaging a point-per-game over his last 10 games and is coming off a six-SOG performance. This line gets tons of play together at both even strength and on the power-play and has recently showcased the kind of slate-breaking upside we like when targeting high-priced lines.

They gained nine-points in one game against the Flyers last month (in an 8-3 win) and now have four games over the last 10 starts where their line has gained five or more real-life points between them. The Penguins come into this game having put up a lot of goals themselves of late, but still rank just 17th in penalty-kill and allowed seven goals in their last start against Boston. This game screams goals and with the Rangers’ first-line having played well of late, I like them as pay-up targets here.

The Bruins take on the Flyers for the second night in a row and are coming off a tough 3-2 loss. The Bruins’ offense has been better over their last handful of games though and comes in averaging 3.75 goals over their last four games. The Bruins have mixed up their top-two lines with Pastrnak now playing alongside David Krejci ($3,900) at times in an obvious attempt to get him going and balance out the scoring. It’s actually worked out OK for Pasta, who has four points in his last two games and is still averaging 4.1 SOG over his last 10 starts. The upside here is tremendous too against the Flyers, who come in with the fifth-worst penalty-kill and some of the shakiest goaltending in the league. Regardless of who he’s playing with at even strength, this is a great spot for Pastrnak to potentially find the twine multiple times given the special teams advantage Boston has. He’s a solid pay-up option tonight in a great matchup.

The Predators are still without Filip Forsberg in their lineup and that’s created some opportunity for Tolvanen, who remains one of the bigger bright spots for the Preds this season. Tolvanen comes into this game having played over 16 minutes of ice time in each of his last three games and is also averaging a point-per-game over his last 10 starts. He gets the Red Wings here, who allow the 12th-most shots per game and have the fifth-worst penalty-kill. He’s going to continue to get lots of opportunity for fantasy purposes until Forsberg returns, so keep playing him, especially in these prime matchups.

I mentioned Hughes above in the player prop section and will give him double-feature billing here as a potential fantasy target. The second-year player is still struggling on a terrible Devils offense, but he’s had some stretches of good fantasy production this year and is getting the proper opportunities on the PP1 and top-6. Anyone can break out against Buffalo, who allow a ton of shots on net every night. Stacking Hughes with another member of the NJ PP1 here isn’t a terrible idea in a battle of cellar-dwellers.

Saros enters this game red-hot for fantasy purposes. The Nashville goalie had a terrible start to the year but has now gone 7-2 over his last 10 games and carries an insane .962 save percentage over that span as well. The Red Wings don’t make for the most exciting fantasy opponent here but with Nashville playing so well right now—mainly due to Saros—you really don’t hate paying up for their goalie in this spot. The Wings are terrible at converting their scoring chances (second to last in goals per game) and the Preds haven’t allowed more than two goals in seven straight games. Saros is a great pay-up target if he gets the start.

Jones has been enduring a nice stretch of play lately for San Jose, who enters this game with a 6-2 record over their last eight games. The surge in wins for the Sharks can also be traced back to better goalie play as Jones has now posted wins in four straight games and has a .934 save percentage over his last 10 starts. The Sharks aren’t world beaters, but they are up to 17th in xGF% as a team (ANH is 23rd) and are -175 favorites on DraftKings Sportsbook here against the Ducks. At under $8K in price, Jones should be targeted with conviction tonight.

When two bad teams play each other, there’s often the potential for value lurking somewhere. Ristolainen only has 10 points in 30-games this season but still plays over 22.5 minutes a game for the Sabres, with much of that ice-time coming on the power-play, where the short-handed Sabres often look to their defenseman to play big minutes. The Devils have been atrocious on special teams this season and you could definitely see Ristolainen pop here with a power-play point or two, giving him decent upside considering the minutes he plays. He’s also averaging 1.6 blocked shots per game and has hit the blocked shots bonus three-times in his last 10 starts as well, making him a pretty solid floor play at this price given the matchup.

Grzelcyk continues to make all kinds of sense as a target at this price tag. He’s playing over 21 minutes per night, with lots of that time coming on the power-play for the Bruins where he regularly QBs their PP1. He’s also averaging 11.1 DKFP over his last 10 games, which is a couple points higher than his season-long average, so his short-term prospects have clearly been boosted by this assignment/opportunity as well. As alluded to above, the matchup here is spectacular for a power-play based defenseman, making him a great target for me and a player you can definitely consider stacking with the Bruins’ top forwards here.

Karlsson has recently displayed some of the upside that made him one of the best fantasy targets in the league a few years back. The former Senator is now playing bigger minutes on the power-play for San Jose and comes in averaging 2.3 SOG over his last 10 games. Karlsson may not be a slate-breaker anymore, but at this price he makes for a good player to target with other pieces of the Sharks’ PP1 here, as the Ducks are a great fantasy team to stack against. They have the eighth-worst penalty-kill and have allowed the fourth-most scoring chances in the league thus far.

PuckPedia is partnered with DraftKings and may receive compensation for referrals from links on our site.