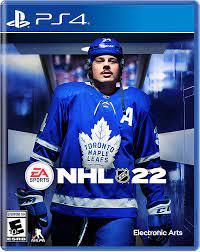 NHL22: How to make Franchise Mode Accurate due to LTIR

If you enjoy being an Armchair GM, chances are you enjoy Franchise Mode on NHL-series games. Previously known as Dynasty Mode and Be A GM Mode, Franchise Mode allows you to make trades, sign contracts, scout prospects, and ultimately build a lineup of players that you hope will become a dynasty. If you’re like me, starting up a Franchise Mode in NHL 22 can be a bit frustrating if you want as much realism as possible since the LTIR isn’t taken into account. If you don't make adjustments prior to starting your Franchise Mode, the system will automatically adjust player contracts so the team is cap compliant. This makes it so the contracts in your Franchise Mode are no longer accurate and authentic. On Toronto, for example, things are so tight that salaries for all players such as Auston Matthews ($11.640M >> $11.355M) and John Tavares ($11M >> $10.725M) are altered so as to make the team cap compliant. The reality is, however, that the Maple Leafs are not cap compliant when everyone is healthy and the AI doesn’t know how to reconcile that. Don’t even get me started on how wild the AI changes for the Lightning were in NHL 21.

So, without LTIR being a feature in NHL 22, below is my cheat sheet to what salaries you can alter BEFORE you start up your Franchise Mode to keep the AI from changing up the league. The realism will never be perfect, but I would prefer to change one or two seasons of some players so that the team as a whole is not given a break. By doing this, we can get a real challenge as the GM of Toronto, Tampa, etc. OR, see how the AI GM deals with those contracts down the road.

Note: Some players who are retired but still have active contracts and count against the Cap, such as Seabrook or Shaw, are listed as 70 OVR. Other players whose futures are more in the air such as Weber or Klefbom are still listed as their original overall in the mid-80’s. Therefore, different options will be presented for you depending on how you want to play your Franchise Mode. Whether you want them reduced in overall/salary, dropped to free agency (where they will VERY likely not be signed if below ~77 OVR) or out of the game completely (by transferring to an international team in “player movement”) will be up to you.

AS OF OCTOBER 22 ROSTER UPDATE:

OPTION 3: Transfer BEN BISHOP to an international team OR reduce his overall and drop to free agency.

OPTION 2: Transfer OSCAR KLEFBOM to an international team OR reduce his overall and drop to free agency.

Transfer SHEA WEBER to an international team OR reduce his overall and drop to free agency. Recommended that 86 OVR is also reduced. If you would like to play with Weber at full health, you will have to reduce the salary of PAUL BYRON from $3.4M >> $550k. Note that the team’s defense will be depleted in 2022-23 with almost no cap space and only two defensemen under contract.

Transfer BRENT SEABROOK to free agency/any international team. Note that, should Tampa acquire more players now that Nikita Kucherov is back on the LTIR, it is recommended that the salary of ONDREJ PALAT be reduced from $5.180M to whatever amount is required (seeing as his contract is the most expensive out of all expiring deals). Ex. $5.180M >> $2.180M if a $3M salary is added.

There you have it! If you want more guides to NHL 22 Franchise Mode that include scouting, line chemistry, and everything in-between throughout my Franchise Mode series, be sure to check out my YouTube channel which can be found here! www.youtube.com/data782

If you have any other Franchise Mode questions, feel free to reach out to me and the couple hundreds other members in my Discord server: https://discord.gg/rRDYpTx