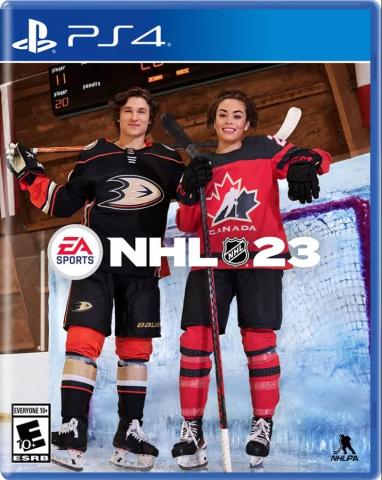 NHL23: How to make Franchise Mode accurate due to LTIR

If you enjoy being an Armchair GM, chances are you enjoy Franchise Mode on NHL-series games. Previously known as Dynasty Mode and Be A GM Mode, Franchise Mode allows you to make trades, sign contracts, scout prospects, and ultimately build a lineup of players that you hope will become a dynasty. Since LTIR still isn’t taken into account in these games, however, Franchise Mode can be a bit frustrating. On Vegas, for example, the $14M+ of LTIR that is being used does not get accounted for in-game. Therefore, just about every player on the team has their salary cut by ~$300k for multiple years – thus making it easier for that team to manoeuvre the salary cap.

To combat this problem, below is my cheat sheet for what salaries you should alter BEFORE you start up your Franchise Mode to keep the AI from changing up the league. The realism will never be perfect, but I would prefer to change the salaries of some players for one season as opposed to an entire team being altered for years to come. By making these changes, we can get a real challenge as the GM of these teams, OR see how the AI GM deals with those contracts down the road.

If you’re playing on PS4, you can download this roster from “Roster Sharing” instead of having to make these changes yourself! Just search for the roster named “Data Cap Compliant” from Data782. For more on this, check out my video that explains all of these changes:

Note: Some players who are retired/not coming back but still cost against the salary such as Brent Seabrook are listed as 70 OVR. Other players who the game considers to be more “in the air” such as Oscar Klefbom are still listed as their original overall. Therefore, different options will be presented for you depending on how you want to play your Franchise Mode. Whether you want them reduced in overall/salary, dropped to free agency (where they will not be signed at this overall) or out of the game completely (by transferring to an international team in “player movement”) will be up to you.

There you have it! Remember that, if you are on PS4, you may download these rosters right away! If you want more guides to NHL 23 Franchise Mode that include scouting, line chemistry, and everything in-between throughout my Franchise Mode series, be sure to check out my YouTube channel which can be found here! www.youtube.com/data782

If you have any other Franchise Mode questions or would like a place to discuss hockey in general, feel free to reach out to me or the hundreds of other members in our Discord server: https://discord.gg/rRDYpTx

NHL23: How to make Franchise Mode accurate due to LTIR Why LTIR use is on the rise, and how it's about to impact your team 4 Maple Leafs opening roster scenarios to maximize LTIR Chris Johnston launches Inside the NHL newsletter What factors might shape Auston Matthews’ next contract? How to bet on the NHL: Live betting, futures, parlays and more PuckPedia teams up with NorthStar Bets! CJ's RFA roundup
All News