Have a question about the NHL Salary Cap, CBA, or want to know how transactions happen in the NHL? Ask PuckPedia’s capologist. Browse by topic

Of the $1 Billion in Contracts, 5 teams (Islanders, Florida, San Jose, Buffalo & Rangers) made up 49% ($505M) and each signed Total Contracts in excess of $82M.  The Islanders spent the most with $135M, followed by Florida with $108M.  Interestingly, Florida was the lowest spending team last off-season.

The busiest team was Tampa Bay with 11 signings, followed by Philadelphia, Toronto, and Montreal with 8 UFA signings each.

Full Recap of Contracts by Team 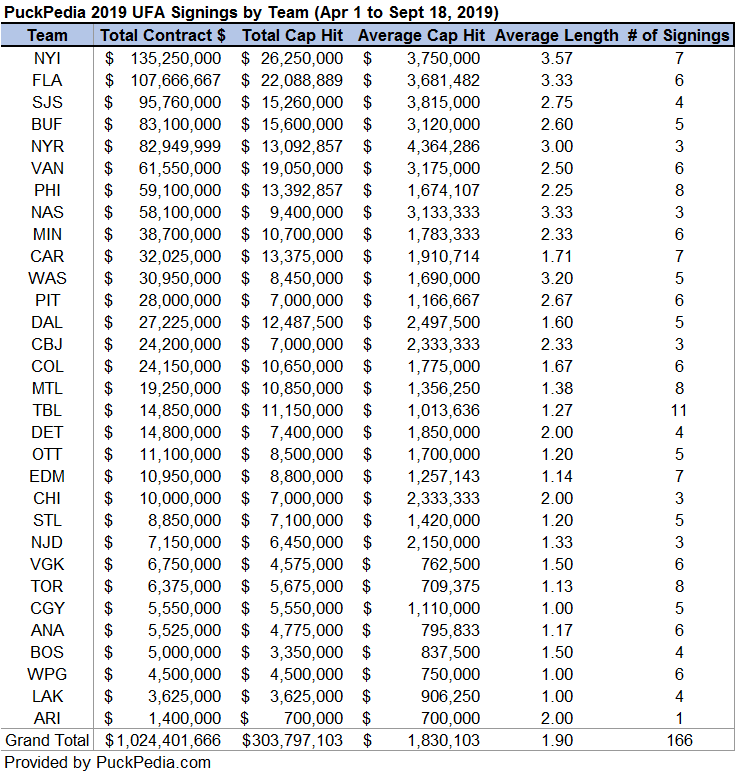