In order for a player to be assigned to the minors, they need to clear through waivers unless:

-they are exempt (see below), or

-they previously cleared waivers and have not played in 10 or more cumulative NHL Games since AND been on the NHL roster for 30 cumulative days.

When a player is put on waivers, all other teams have the opportunity to claim them. 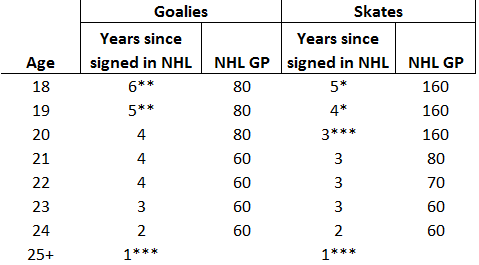 *** Exempt for remainder of season

Once a player 20+ plays 1 NHL Game, that is considered the first year