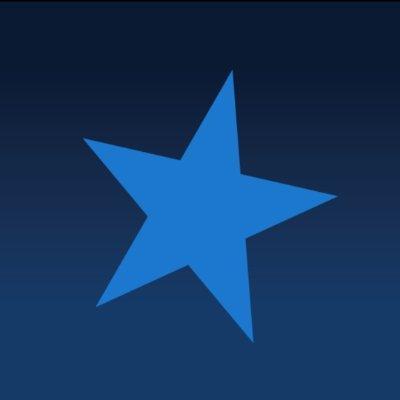 How to bet on the NHL: Live betting, futures, parlays and more

Hockey is Canada’s favourite sport, so it should come as no surprise that the NHL betting market in Ontario, which is home to two of the country’s seven teams, is quite popular.

With single-game betting recently legalized in Canada, now is the time to get familiar with the different ways you can bet on your favourite sports. There are many ways to bet on the NHL — from game outcomes to player props — which will be run through below.

For those new to betting or in need of a refresher, this how to bet on the NHL guide will run you through the markets that hockey-loving bettors like to wager on.

How to bet on the NHL

Don't fret if you missed putting in your bets before the game started, either, because live betting is a popular way to wager on the NHL.

You can also bet on future events, such as which team is going to win the Stanley Cup or which player will take home the league's MVP award. We will take a look at all of these different markets starting with how to bet on NHL moneylines.

A moneyline wager is a favourite among NHL bettors and one of the simplest ways to make a bet. When wagering on the moneyline (listed as ML for short), you are placing a bet on the team that you think will win the game straight up. That’s it.

Each team will be assigned a different set of odds based on their probability of winning. That will ultimately determine the potential payout. A team that is favoured will have a minus (-) sign before its odds, while the underdog will have a plus (+) sign.

Odds will vary considerably between matchups based on the level of success among teams. For instance, the Toronto Maple Leafs, one of the league's top contenders, have typically been the favourite in the majority of their games, meaning you would typically see a minus sign before their odds.

If the Leafs were to close at -150 favourites, it means that oddsmakers have put their chances of winning the game at 60 percent. If there are bigger discrepancies between teams, the favourite is playing at home, or the underdog is missing a key player, then the odds can lengthen even higher and you could see a moneyline favourite at -300 or -400.

Odds of -400 would peg a team’s implied probability of winning at 80 percent, requiring a larger wager to return even a small profit.

The following shows what your return would be (how much you would win) depending on the odds and how much you wagered.

Think of the puck line like the point spread. In higher-scoring sports like basketball and football, the spread is one of the most popular betting choices. It helps level the playing field in a sense, giving bettors an option to wager on a big underdog since they would be given a cushion (a certain amount of points they can lose by).

It also allows bettors, who want to pick a side, to not be forced into a decision where their only options are selecting a lesser team on an unlikely moneyline play or a big favourite that would have little value because their odds of winning are much greater. It also helps the sportsbooks create action on both sides by making the odds more comparable.

In sports like hockey and baseball, where there is less scoring, a large point spread wouldn’t work because the typical margin of victory is much smaller. But you can bet on a small spread in hockey and that’s called the puck line and the handicap is set at 1.5.

The puck line is popular because sometimes a moneyline bet doesn’t make a lot of sense. For example: If the Maple Leafs were hosting the Arizona Coyotes and you were confident in a Toronto blowout, you would get better odds and a greater return if you chose the Leafs -1.5 (to win by two or more goals) than you would by picking them to win straight up. The Leafs would be large favourites and there wouldn’t be much value to be found on a moneyline play.

It gives bettors an opportunity to potentially get a favourite at plus-money odds or to back an underdog without needing that team to win. But remember: The favourite would not only have to win, but win by at least two goals for your bet to cash. The +1.5 underdog, on the other hand, can lose and you would still win your bet if you backed them, but they couldn’t lose by more than one goal.

Also, like point spreads, there are alternative puck lines. So you could select the handicap to be 2.5 or even 3.5. You can find good value here if you expect a favourite to blowout a last-place team, for instance.

How to bet on NHL totals

Along with the moneyline, wagering on the total amount of goals scored in a game is among the most popular hockey betting markets. You will see totals referred to as the over/under or O/U. All three terms are interchangeable.

Betting on the total is also straightforward. Sportsbooks will put out a number of goals that the two teams have to combine to go over or under, and a bettor can wager on either option. The total for most NHL games is set between 5.5 and 6.5.

You can bet on alternative totals as well. For instance, sportsbooks will give you the option to place a bet on a 4.5 or 3.5 total and while you’d be playing it safe and your probability of winning would increase if you bet the over (compared to say a 5.5 standard O/U total), the odds would, of course, alter as well and your potential payout would decrease substantially. Or it would increase substantially if you bet the under on an alternative total and cashed the bet.

Here’s an example of what the odds could look like for different totals:

You can also bet on team-specific totals as well and place a bet on how many goals you think the Leafs will score in a contest, for instance.

How to bet on NHL props

Player props involve betting on individual outcomes in a game. You can place a bet on how many goals you think Auston Matthews will score in a contest, how many shots Brady Tkachuk will put on net, or how many power-play points Connor McDavid will record.

Goal props are usually presented to the bettor as an over/under option (Matthews over/under 0.5 goals) or by allowing the user to select an anytime goalscorer. For the latter, you would simply place a bet on whether you think a player will score a goal in their matchup.

You can also place bets on assist and point totals for a particular game. While the player prop market is more robust in other sports, there are still plenty of options for bettors to choose from in addition to the game-specific outcomes.

There are markets for game props, too, such as over/unders on total shots on net for the contest, total faceoffs, and the highest-scoring period.

The futures market involves betting on outcomes that will happen… in the future. While it’s not as robust as the daily markets that bettors can choose from, this is a great way to bet if you’re willing to play the long game. Good value can be found here.

When all 32 teams theoretically have a chance to win the Stanley Cup ahead of the season, the odds are going to look a lot different than what they would once the playoff field is set. The same goes for season-long awards. Teams and players will separate themselves as contenders and favourites as the season goes on, ultimately shortening their odds.

For instance, the Florida Panthers could be had for around +2,300 to win the Cup ahead of the season. But their odds shortened to +500 at some sportsbooks toward the end of February. Let’s say the Panthers go on to win the Cup, a bettor who placed a $100 wager when the Panthers were at +2300 would stand to win $1,800 more than the person who got them at +500.

Other common futures markets that bettors can wager on are the MVP, the O/U on a team’s win total, the Calder Trophy, the Vezina, division winners, and more. The futures market is open throughout the season, so you can place these types of bets at any time but the odds are constantly changing based on performance and injury.

A parlay consists of making two or more bets on a single ticket and wagering once. Every bet on the parlay, known as legs, must be correct in order for you to win your ticket. Even if you get everything on the parlay right except for one play, you will lose the bet.

The more bets you attach to a single ticket decreases your likelihood of winning but parlays are attractive to some because the payouts are bigger than a single-game wager.

An example of an NHL parlay looks like this:

Some, but not all, sportsbooks also offer the option to make a same-game parlay bet. Here, you could combine a moneyline, over/under, player prop, and so on, from one specific matchup.

An example of this would be betting on the Leafs to win, Matthews to score, and the Leafs to record more than 3.5 goals. Again, like any parlay, these types of bets are riskier for the bettor because the probability of winning decreases the more bets you tack on to the ticket.

In-game betting provides users with options to bet on games as they play out in real-time. Among the markets you can bet on are the moneyline, over/under and puck line.

Live betting can offer great value if a big favourite falls behind early and they become an underdog on the ML as a result. Under that scenario, you would net a higher return by betting on them mid-game than you would have before the contest started if they went on to win. The odds constantly change throughout a game. This is especially true after goals are scored.

Markets will sometimes close during a power play or late in the game, but this is another way you can bet after the puck drops.

NorthStar Bets editorial Insiders have no influence, direct or otherwise, over the setting of odds advertised on our platforms.